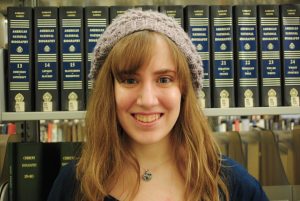 Hi, I’m Michelle and I’m a Staff Writer at the Daily Dot, where I cover entertainment, pop culture, and geek culture. I specialize in television and film critique and analysis (e.g. Game of Thrones, Star Wars, and the Marvel Cinematic Universe), but I also write about comics, books, and other mediums.

I graduated from Rowan University where I majored in Journalism (Broadcast and Online tracks) and Radio/Television/Film (Production Specialization).